With a fluttering heart, I arrived at New Chitose Airport on 26 December 2017 and headed towards my hotel, a mere five-minute walk from Sapporo station. The chugging of the train as it sped along the snow-covered tracks, the susurration of the fluffy snowflakes blowing against the windows which could be heard if you are close enough, and the disciplined silence which filled the train cabin all reminded me once again that I was finally in Japan. Having flown from Seoul, the climate in Hokkaido was much more bearable: still cold, but comfortably so. 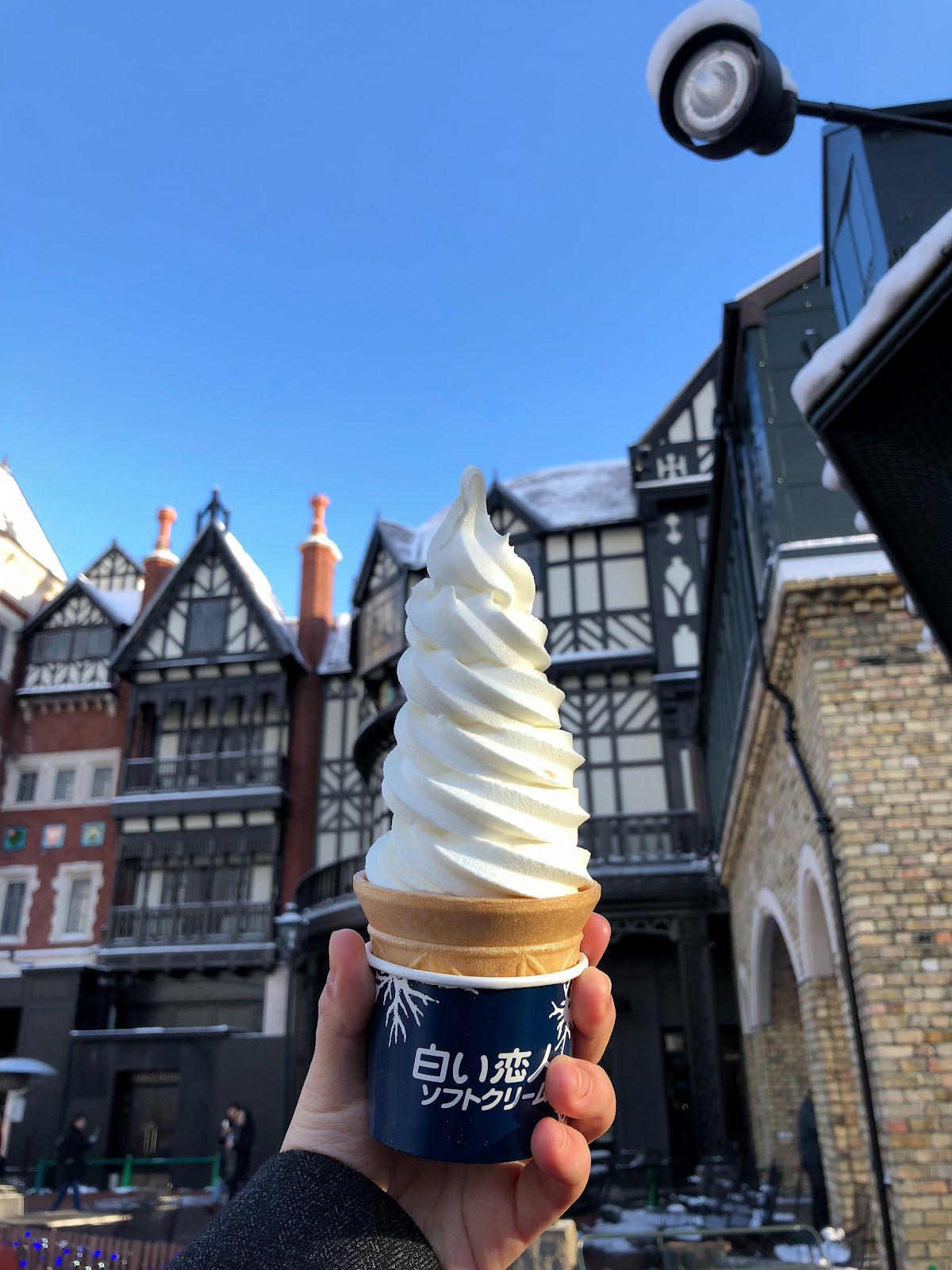 The morning sky was illuminated by pale light from the winter’s sun, and everything was covered in a thick layer of white. After a simple but delectable breakfast at a cafe at Sapporo Station, my family and I made our way to Shiroi Koibito Park (白い恋人パーク) to visit the famous chocolate factory inspired by European-style architecture. Having visited the whimsical factory many years back, memories I had of it were faint and I could only remember the cookies and soft serve ice-cream being really, really good.

We made our way up to the Chocolate Lounge and were greeted by a long queue which translated to about an hour of waiting time. However, with a picturesque view to accompany the sweetness of the divine desserts, I can safely say that the wait was worth it. Since it is, after all, a chocolate factory, I’d definitely recommend getting anything with chocolate in it (especially the hot chocolate). 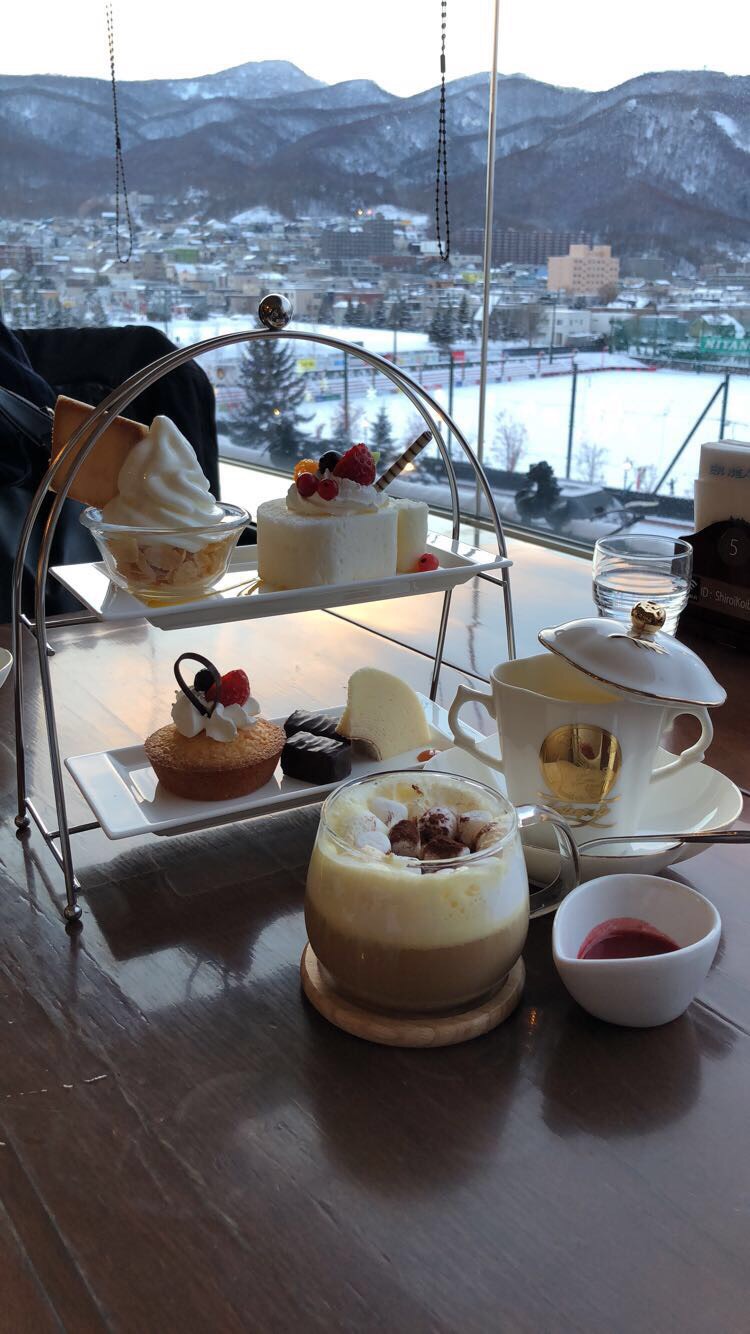 To wrap up the day, we headed back to Sapporo station for some satisfying sushi and shopped.

After a day in the capital of Hokkaido, we packed up and headed north to a small city harbour called Otaru (小樽). Renowned for the its canal and music box museum, Otaru is a place filled with its own unique charms and history. Compared to Sapporo, Otaru gave off a more laid-back vibe with its beautifully maintained heritage buildings and vibrant streets.

Time seems to always pass by much quicker when you are overseas; and the days feel extremely short, especially during the winter. Without me realising it, the skies had darkened and night soon followed. Just like anywhere else, the streets of Otaru exuded a different kind of charm at night. After dinner, we decided to walk through a quiet street, off the beaten path, back to the hotel. Personally, I enjoy taking side-lanes more than the main ones since I find myself discovering so much more. Light snow came twinkling down and as we continued walking, we came across a dimly-lit old building, its exterior hugged by bare winter vines, guarded by an adorable snowman. It was one of those moments where I felt like I was watching a film since everything around me was just so pretty.

Although the stay in Otaru was enjoyable and relaxing, I craved for something more adventurous. So, the side-trip to Otaru ended and we left for Sapporo again, but this time to the mountains, away from the city. The trip to the ski resort (Sapporo Kokusai Ski Resort) was definitely not an easy one since we had to change buses and navigate our way there with an unstable Wi-Fi connection. Nevertheless, the breathtaking view made up for all the time spent on the road. The snow up the mountain dusted thin branches of the winter trees, resulting in a picture-postcard view that will not fail to impress. Upon closer observation, I was amazed when I realised that each flake had a perfect shape of a radiating dendrite. Overall, skiing was really fun and enjoyable, and I would recommend doing so in Hokkaido, since there are flat grounds available for beginners, and some really steep slopes for the skilled and thrill-seekers. 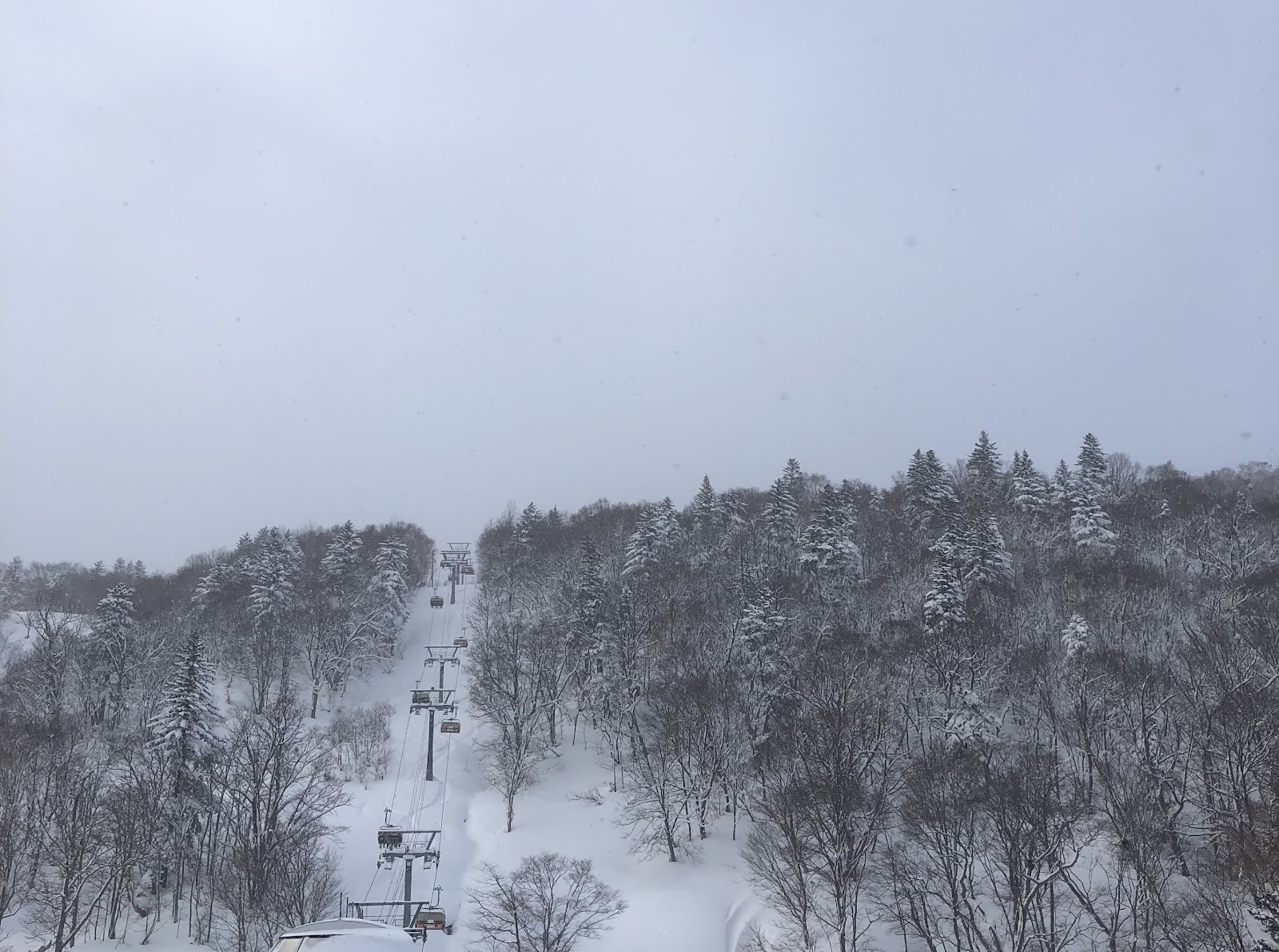 31 December 2017, New Year’s Eve.
As someone who has never spent her new years overseas before, I was pretty excited to see how people from other parts of the world welcome 2018. Since counting down and celebrating the new year was not foreign in Singapore, I expected something similar to happen in Japan. However, to my surprise, almost all the shops were closed by 6 p.m. and by 7, the streets were completely empty and dark. I later realised that majority of the locals had all rushed back home to prepare for their family dinner, which explained why no shops were open. After running out of dinner options near Sapporo station, we took the train to Susukino, the nearest stop with, at least, some stalls still operating. To quickly sum up my countdown, my family and I queued in the cold for an hour, only eating dinner at 9. It was a painful wait, but, once again, the luscious dinner and company made it memorable and worthwhile.

In conclusion, Hokkaido is an island filled with its own charms. Of the four seasons, I would recommend visiting during the winter to enjoy the various winter festivals that occur during the season.