Those in school on the 23rd of May may have noticed a flood of yellow and blue streaming in through the gates under the lazy midday heat. A post lunch hallucination — or perhaps a fever dream from one too many math lectures? Not this time, as this dizzying array of colour is in fact our juniors, here to attend the annual VCA Science Explore!

This year, there were many activities that had been organised for them, ranging from making your own “gold” to building your personal robot. 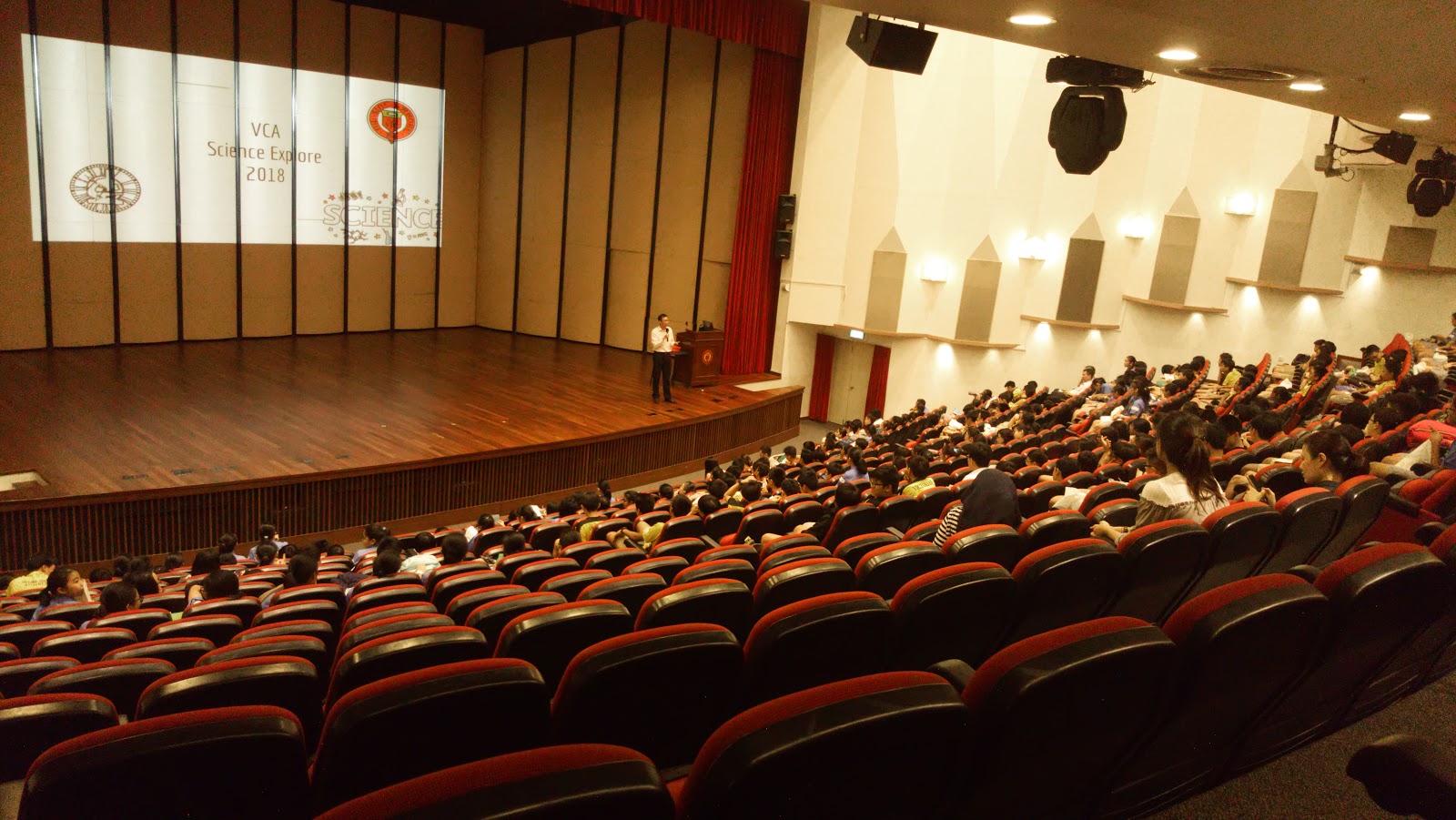 To begin the event, our vice-principal, Mr Cheong Tien Beng opened with a speech, relaying the importance of Science in our world to the new batch of VCA students, and emphasizing how it has not only been integrated into virtually every aspect of our life, but also how it is integral in the progression of the world. Following his thought-provoking speech, students of VJC’s Science Society shared about their experiences with Science, such as the reasons for them pursuing Science in junior college, as well as why they feel that Science is important, especially in today’s context.

Last but not least, Mr Lim Cher Chuan, Head of Science Research, shared about the various Science Research Programmes available in VJC, urging the students to explore opportunities to develop their interest in Science through research attachments or even enrichment camps. He also encouraged them to change their mentalities towards the approach of Science. “Ask why this process works in this scenario, not just why it works,” he said.

Indeed it is true. The world we live in is complex and the answers to the unknown questions of the world are not simple, involving intricacies that require a sharp and keen mind to understand. It is therefore imperative that we change our mentality toward Science in order to move forward and explore more about the ever-changing world we live in.

During the opening ceremony, students who took the opportunity to join the various Science programme and have achieved outstanding results in the past year (‘17 Batch) were presented with their awards to honour their achievement, among which were the Olympiads, H3 NAV and the Nanyang Research Programme (NRP). 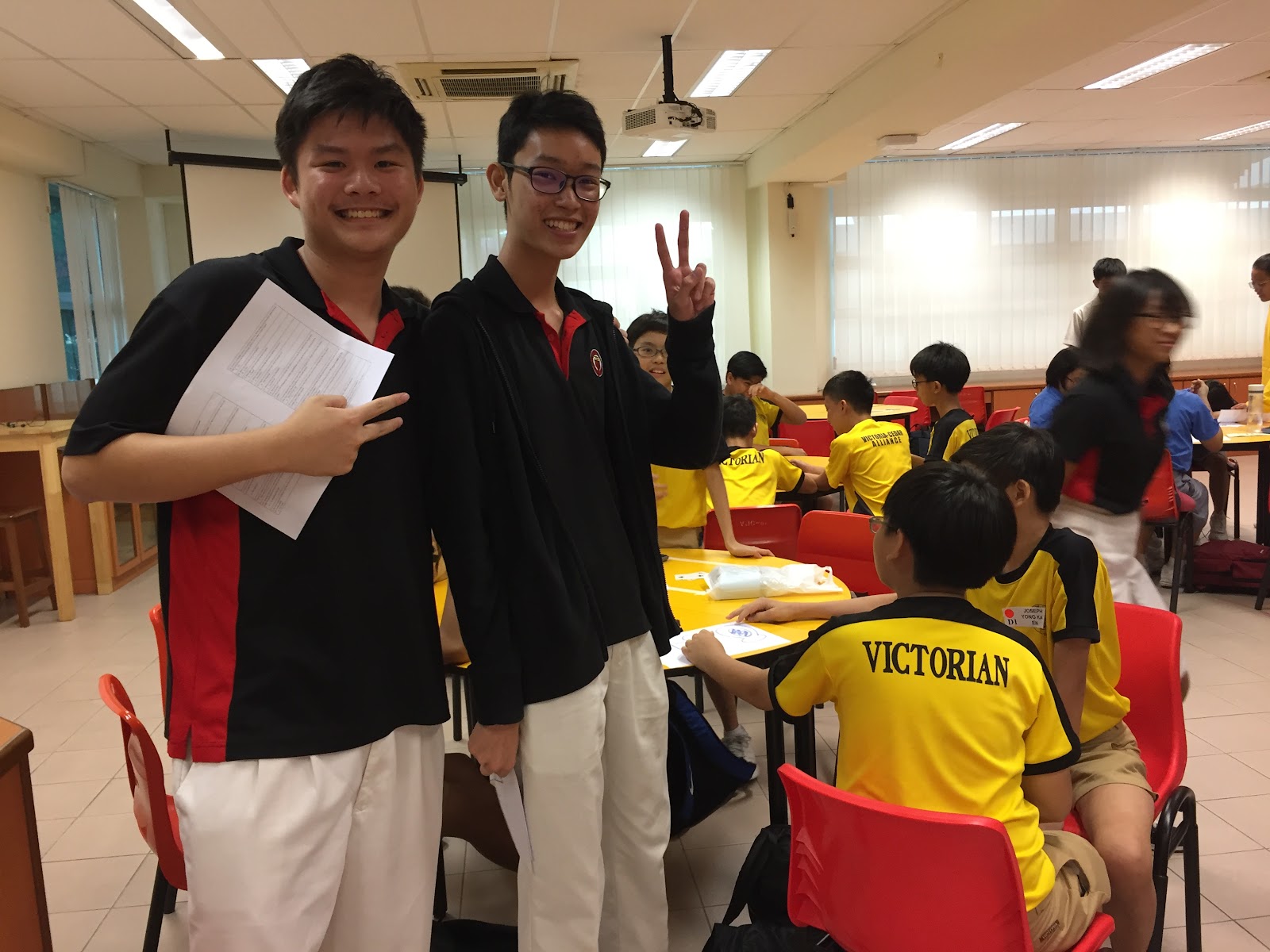 A word from Ms Nurshifa (Staff of Victoria School)
Q: Is this event beneficial to your student’s learning journey?
“Definitely, it is very interesting. They are definitely engaged!”

The VCA Science Explore 2018 event not only allowed VCA students to explore Science in a way different from their regular school lessons, but also allowed the VCA students to interact with one another, with this event being the first few times that the VCA students of Victoria School and Cedar Girls Secondary School are able to interact and thus, strengthen the bond of kinship that the whole VCA IP programme was based on. VJC students are also able to impart their knowledge to the younger VCA students and interact with them in a more casual setting, thus also creating that sense of unity that the VCA programme sets out to achieve, thus proving that the VCA Science Explore 2018 event had been a successful one. 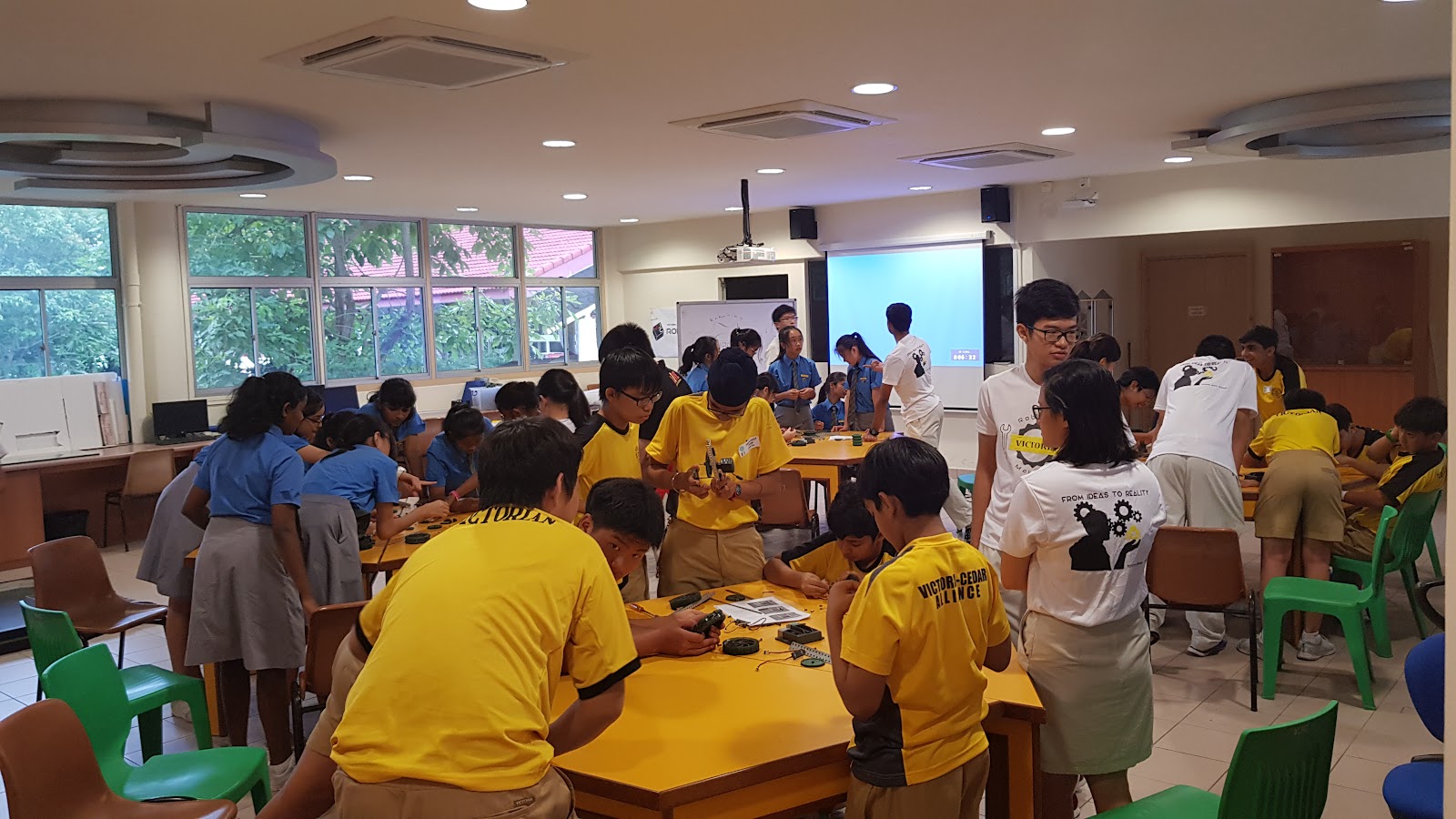 Beyond the forging of closer ties between the students of the VCA however, Bryant, himself a facilitator  as well as a Year 5 student of the VCA IP program, hoped that this program would be able help the Year 1 students gain a better understanding of the dynamics behind JC life and get them thinking about their future subject combination when they come to VJ in 4 years time. Facilitating this workshop brought back fond memories of his Year 1 days, where he himself was the one participating in the workshop, and he felt proud for who these Year 1 students would become in the next 5 years of their VCA experience.

Students who were assigned to the Robot Building Workshop were challenged to build their own robots, having to learn the mechanics of how a robot works as well as how to program their robots. This was definitely an eye-opening experience to the Secondary One students as they were allowed to explore robot-making and its complexities. It certainly would allow them to appreciate the prevalence of electronics and robots around us in our daily lives and inspire them to become the next generation of frontrunners to enhance our robot-building capabilities as engineers.

Science Society also pushed out various engaging workshops for the students, involving many different intriguing experiments ranging from the application of Lenz Law to electrolysis to electroplating. 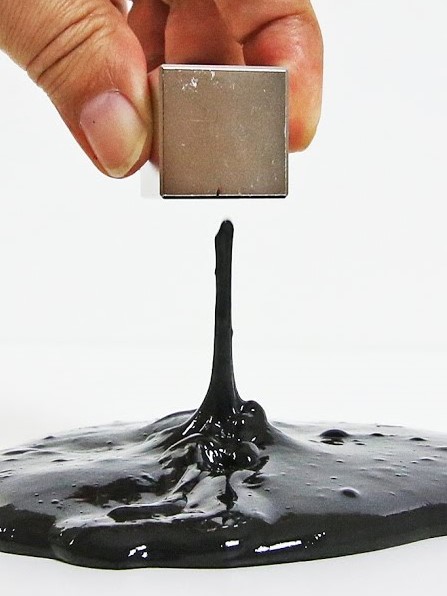 A notable experiment was the Magnetic Slime in the Magic Metal Workshop. Using various different chemicals, the students were tasked to create their very own magnetic slime. They were then allowed to play and experiment around with it, using powerful neodymium magnets to “magically” levitate the slime. It was Wingardium Leviosa in real life alright!

By adding in varying amounts of Borax, the texture of the slime changes, becoming less fluid as more borax was added.  The students certainly had a lot of fun messing around with the slime. 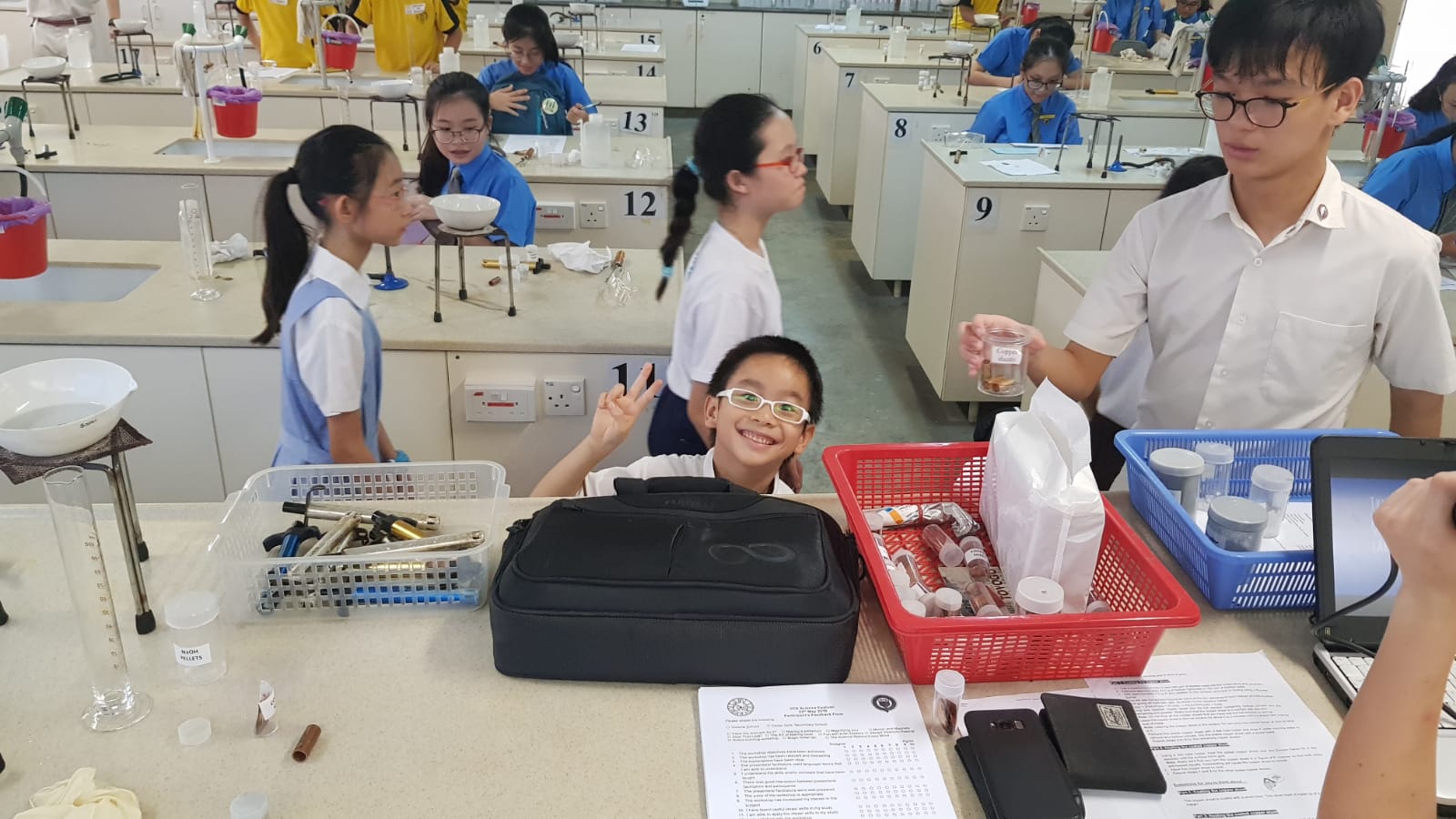 Alas, all good things have to come to an end. At the end of the workshops, the young bright minds from Victoria School and Cedar Girls Secondary School were reluctant to leave, keen on learning more and exploring the vast unknown. However, much to their dismay, the event must end here and they would have to continue their exploration of Science on their own in their regular school lives. Nevertheless, we are sure at least some of them were inspired by the programme to continue enquiring, passionately in the pursuit of Science exploration.

From Perfect Fifth to VJ Thirty-Fifth